For more than a quarter of a century, our family has been supplying arable farmers across the UK and beyond with quality used agricultural machinery. Starting in the 1990s with a used Dowdeswell DP7 plough, we began to trade in reconditioned Dowdeswell ploughs as an addition to our farming enterprises.

The business expanded rapidly and today is hardly recognisable from those early days. AMTEC is now one of the largest used agricultural machinery dealers in the UK, with a stock of more than 450 quality machines at our 6-acre yard and purpose-built workshops near Gaydon, Warwickshire. But one thing remains the same – our clear focus on excellent customer service.

Henry Tomlinson first contacted Amtec 15 years ago and has ploughed a straight furrow to our premises ever since!

Henry is a farmer and time served agricultural engineer, with a farm workshop totally equipped with a functional, historical machine shop and welding equipment capable of repairing any broken piece of equipment. His precision attitude has encompassed his love of ploughing. A mix of seasonal contracting work includes over 400 acres of ploughing and it is this which attracted Henry to purchase a Dowdeswell from Amtec in 2015 to update the one he purchased from them 15 years ago! An increase of oats and maize crops being grown over the years necessitated a wider bodied plough with a wider distance between each plough body to cleanly bury the rubbish.

“I thought the old Dowdeswell plough was good when I purchased it, but farming and crops have advanced. When I discussed with Jim Ellis the problems I was experiencing trying to cleanly bury oat roots, he clearly understood my problems and advised the remedy, which has worked brilliantly now for two seasons. It certainly helped discussing farming problems with a salesman who knows farming himself. I wanted a straightforward, simple shear bolt protected plough which can handle most soils, turning over cleanly at 5.5mph. This one does it well”.

Henry’s purchase and trade deal was conducted over the telephone with neither person seeing the product they were purchasing prior to delivery into each yard. “The deal was done on trust” said Henry. “I know from experience that what Amtec says the machine is, and how it will perform, is the right information. I have never had to worry about having to inspect my second hand purchases from them closely, as what they say is what you get ….and I earn my living from that reputation". 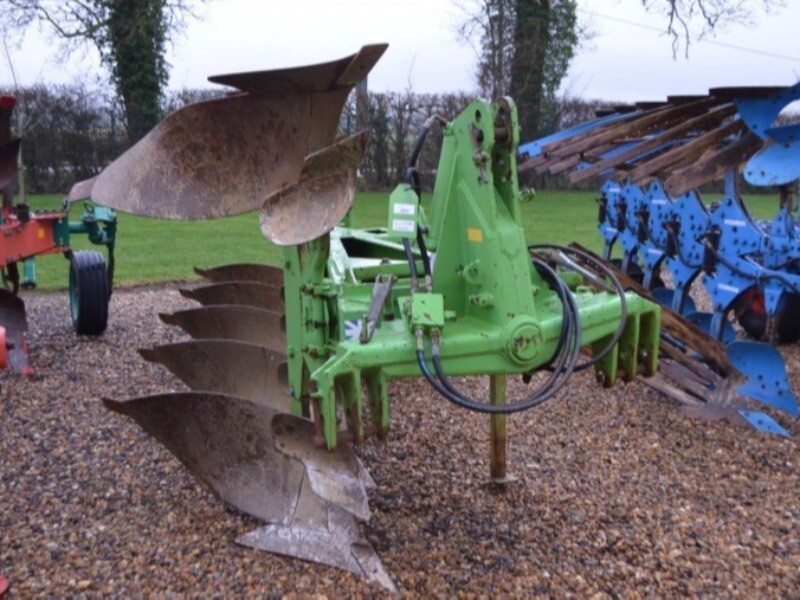