Emissions in the dairy industry – can regenerative farming help?

Home > Future of Farming > Emissions in the dairy industry – can regenerative farming help?

We’re going to look at how regenerative farming in the UK can work on a dairy farm to help reduce the impact of greenhouse gases in our environment.

Dairy farming is big business: according to Statista “In 2019, the value of the dairy market worldwide was estimated to be about 720 billion U.S. dollars, which is projected to grow to 1,032 billion dollars by 2024”. But whilst the industry grows, there is also a growing awareness of the impacts such a huge sector has on the environment.

According to the BBC, “in 2015, the industry's emissions were equivalent to more than 1,700 million tonnes of CO2 and made up 3.4% of the world's total of almost 50,000 million tonnes that year”. There have been many suggestions on how to tackle the issues surrounding the dairy farm and its impact on the environment, but regenerative farming seems to be emerging as one of the most promising. We’re going to look at how regenerative farming in the UK can work on a dairy farm to help reduce the impact of greenhouse gases on our environment.

Dairy farming has been flagged as one of the larger culprits of greenhouse gas emissions, compared to the aviation and automotive industries worldwide in terms of damage caused. There are several factors that make dairy farming so destructive in its current state. Below are dairy industry facts, showing a few ways irresponsible dairy farming can really damage the environment:

·         Overgrazing of fields can leave soils exposed, meaning carbon and nitrogen sequestered in the soil escapes much easier, and plants that would store carbon are consumed by the animals

Other factors also contribute to the dairy industry’s emissions, such as energy costs involved in processing dairy products, emissions caused from the transport and shipping of products, and water usage resulting in imbalanced ecosystems.

·         Carbon dioxide stays in the atmosphere for hundreds of years; its impact on global warming is not as high as the other two, however.

·         Nitrous oxides can stay in the atmosphere for, on average, 114 years. However, the greenhouse effect they produce is almost 3 times as potent. It also has the damaging effect of destroying ozone, which helps prevent UV radiation from reaching the planet.

·         Methane only stays in the atmosphere for a few decades but also has a more powerful greenhouse effect than carbon dioxide. 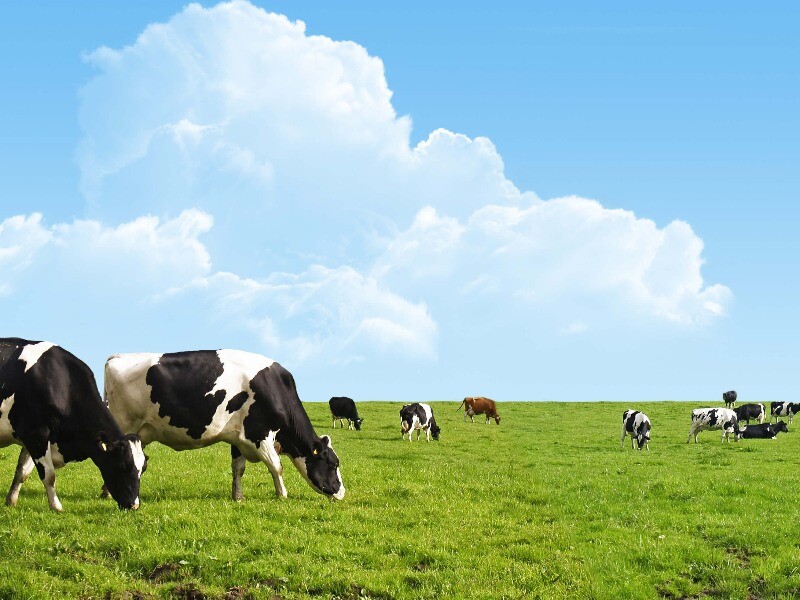 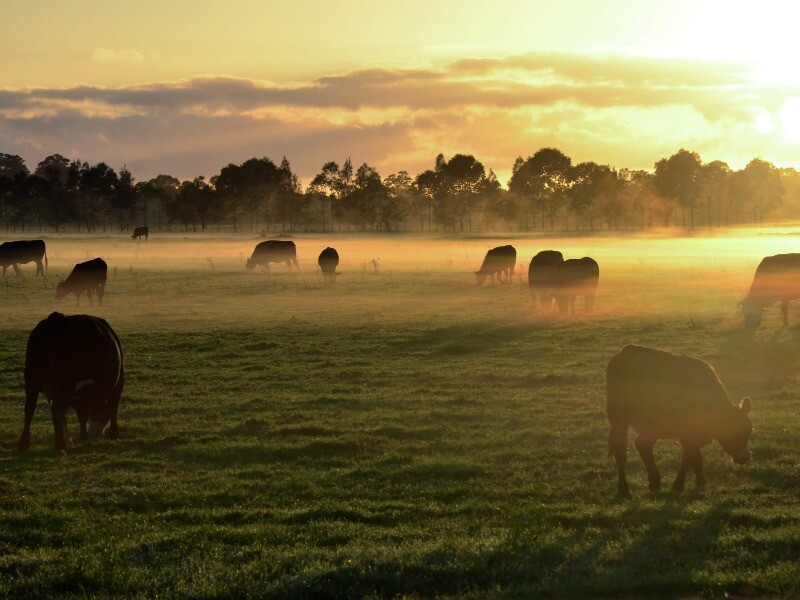 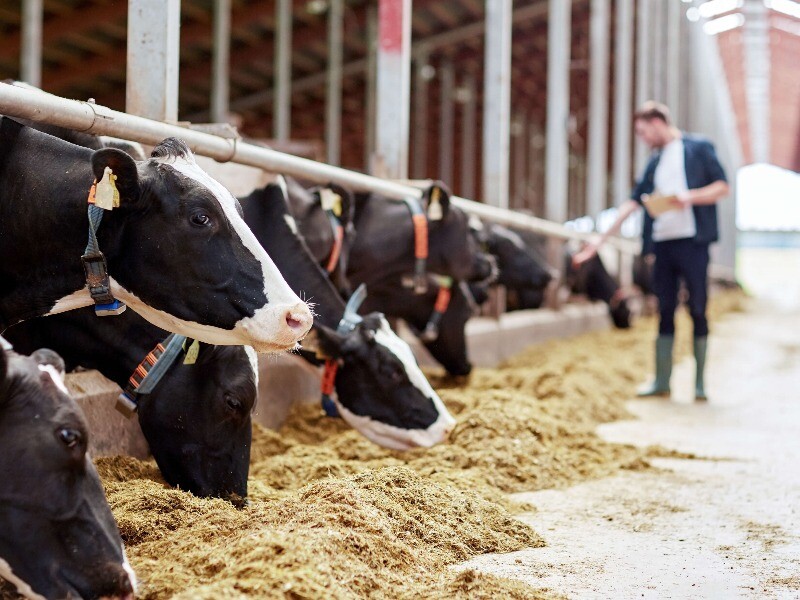 How do we tackle dairy farm issues?

It’s clear that reducing these emissions is a priority for most farmers but knowing where to start can be challenging. One way in which dairy farmers can try to reduce their emissions, is prioritising animal welfare. Whilst it’s true that emissions per litre of milk are less on intensive dairy farms, due to the economies of space, it has been reported that maintaining good cattle health can help to reduce methane emissions from cows during the digestive process. Studies have also shown that many underlying health conditions found in livestock increase their greenhouse gas emissions. Keeping livestock healthy can help to reduce these emissions.

What are the benefits of regenerative farming in the UK?

Regenerative farming often includes trying to look after the land and give back as much as is taken to minimise the impact farming has on the environment. In terms of dairy farming, these same principles can be applied.

For example, not letting cattle overgraze land can help to keep greenhouse gases locked in the soil and can improve soil health in the long run. When soil is left bare and exposed, after overgrazing, it is subject to releasing its nutrients. Using cattle as part of field rotation can help to reduce overgrazing and can be an effective weed management tool.

The correct storage of cattle manure can help to prevent the release of methane into the atmosphere. Cattle manure can also be used to fertilise crops, which reduces costs spent on artificial fertiliser and is also more beneficial for soil health in the long term.

Cattle farming may seem to take an undeserved amount of blame for the current global climate crisis. However, it is clear that as an industry it does contribute to the release of greenhouse gases into the air. By making an effort to reduce these emissions, dairy farmers can stand up and say that they have done their bit to help prevent global warming. Regenerative farming methods may be a good way of countering the effects of current dairy farming methods and can help us all to be more sustainable in the future.

If you currently lack the equipment to proceed with regenerative farming methods, browse our range of used agricultural machinery to enable you to give back to the Earth. From direct seed drills to spreaders for fertiliser, we can help you make the first step towards being more environmentally conscious. June was a busy month here at Amtec, attending Cereals 2022 and hosting our own open day. Read on for a round-up of our news from the last month. The Pros and Cons of Regenerative Agriculture

We explore the pros and cons of regenerative farming Farming Practices of the Future