For more than a quarter of a century, our family has been supplying arable farmers across the UK and beyond with quality used agricultural machinery. Starting in the 1990s with a used Dowdeswell DP7 plough, we began to trade in reconditioned Dowdeswell ploughs as an addition to our farming enterprises.

The business expanded rapidly and today is hardly recognisable from those early days. AMTEC is now one of the largest used agricultural machinery dealers in the UK, with a stock of more than 450 quality machines at our 6-acre yard and purpose-built workshops near Gaydon, Warwickshire. But one thing remains the same – our clear focus on excellent customer service.

cultivation what are the options?

Home > Blog > cultivation what are the options?

Cultivation methods have changed over time, partly driven by the necessity to reduce the cost per acre of crop production,

Cultivation methods have changed over time, partly driven by the necessity to reduce the cost per acre of crop production and be more effective with the available time and resources.  Here we review the different tillage methods available to the modern farmer, from the origins of cultivation in the plough to direct drilling and zero tillage.

Ploughing is a well-used, tried and tested tillage method that works well in most conditions and provides several advantages that no other tillage method has. In one pass, the plough produces a trash-free surface and well-loosened soil, which can be turned into a seedbed and a new crop established.  Ploughing is also extremely effective as a weed control method and is often used in a rotation to control the weed burden without excessive use of chemicals.

The plough is one of the earliest farming implements, but this does not mean it has stopped developing. The modern plough is easier to set up and adjust, and some of the more recent models have advanced technology and ISOBUS controls that improve efficiency.

A common problem in ploughing is creating a plough pan (a compacted layer just below ploughing depth). Ploughing depth should be varied year to year, or a subsoiler should be used to break this up.

Ploughing is less suitable in dry conditions since the soil loses relatively large amounts of moisture during ploughing, resulting in poor crop results if there are dry conditions after planting.  Conversely, too much rainfall after ploughing can also create issues, as the trash-free surface can form a crust on certain types of soil. In addition, heavy rainfall and wind can bring soil erosion in some soil types.

The main reason behind the reduced use of ploughing is economic. While the plough itself is not a very expensive piece of equipment, low capacity means costs per acre are fairly high. In addition, the time required per acre is high. This creates a problem on farms where available time is limited, particularly in a busy time of year such as autumn.

Creating a seedbed and drilling after ploughing

On light soils, the plough leaves a surface that only requires some levelling and reconsolidation to produce a good seedbed.  However, on heavy soils, ploughing leaves a surface that requires more work before drilling. Traditionally several passes were required with cultivators, rollers and presses until a seedbed was created. Today cultivators such as a Vaderstad Carrier and similar are used in combination with other cultivators to reduce the number of passes. Cultivating seed drills such as the Vaderstad Rapid and Horsch Pronto can mean the seedbed requires less preparation than conventional seed drills.

In more recent years, there has been an increase in ploughless tillage systems, this is often called reduced tillage, and while this is not always correct, some deep tillage works the ground almost as much as ploughing; it does describe the goal of the system which is to reduce the amount of tillage required.

Deep tillage with a cultivator is often used:

A cultivator such as a Vaderstad Topdown or Simba SL can be used for one or two passes. Alternatively, a tined cultivator can be used in combination with a disc cultivator.

When deep cultivation is carried out within the same depth range as ploughing, the costs per acre are approaching those of ploughed systems. The most important factor favouring deep reduced tillage, compared to ploughing, is the increased capacity per hour; machines of up to 8M are available, saving considerable time.

For shallow reduced tillage, disc cultivators such as Vaderstad Carrier or Simba X-Press are most commonly used today. Some tined cultivators are also used, especially when the working depth exceeds 6-8cm. When large amounts of trash have been left on the field and have to be mixed into a limited amount of soil, it is important to pre-treat the harvest residues. Shallow reduced tillage gives savings in terms of both costs and time in lower horsepower and fuel requirements and increased working speed. 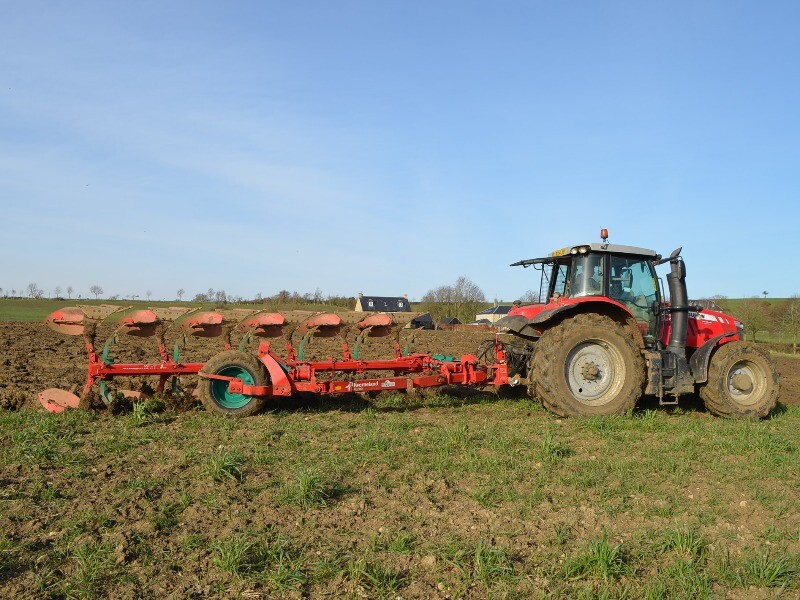 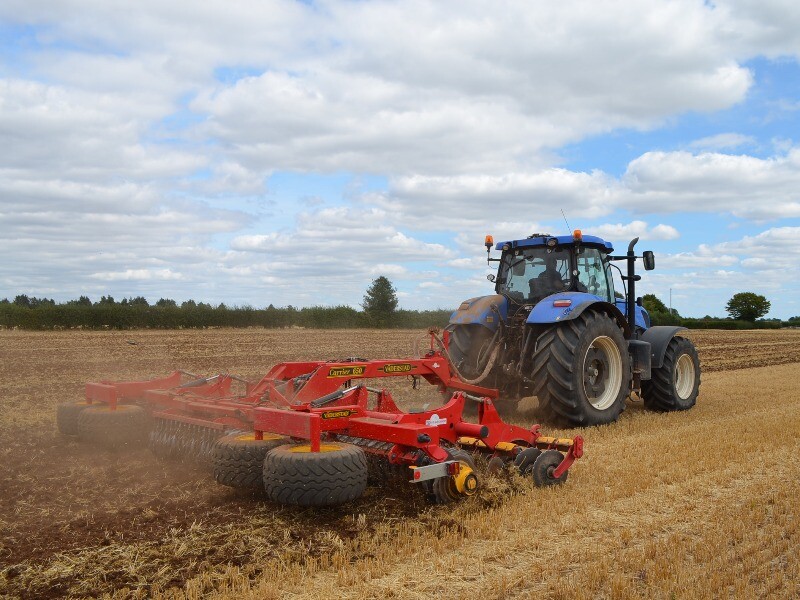 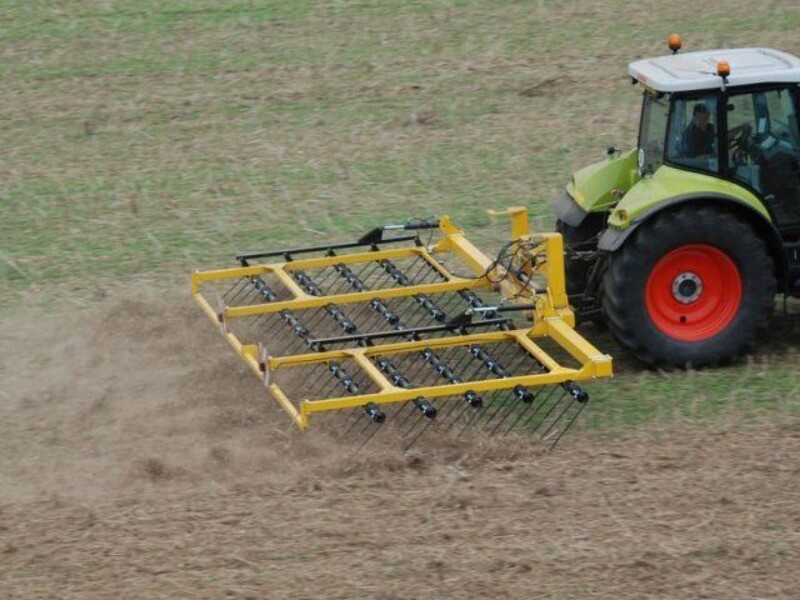 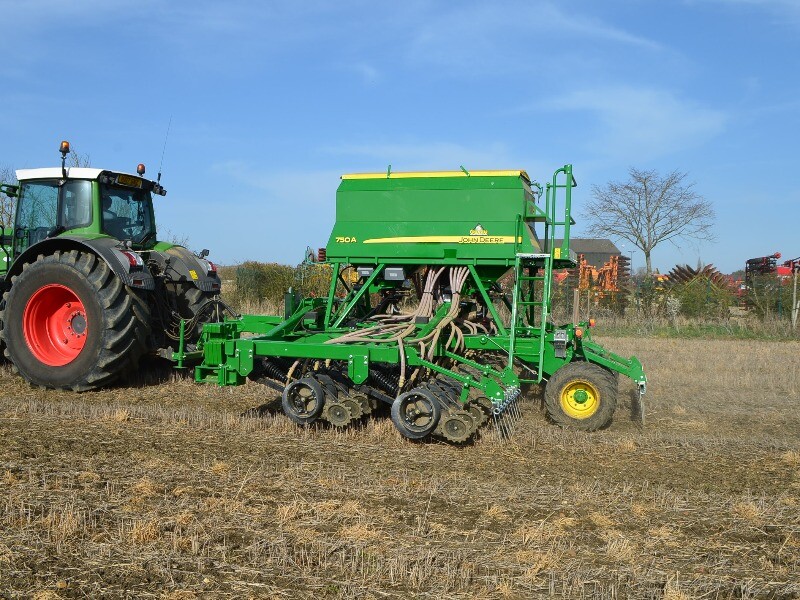 In recent years, the need for a more shallow cultivation option has increased for several reasons:

Ultra-shallow tillage is a tillage practice that works the ground at only 2-3cm depth. A tool working that shallow needs a high capacity and speed coupled with a good ability to cope with trash.

Ultra-shallow tillage should be carried out immediately after harvest to help “chitting” (germination of weeds); seeds are triggered by light, meaning that most crops generally germinate at shallow depth. Burying seeds too deep often results in seed dormancy. This can last for years. Oilseed rape, for example, can germinate after 20 years of being buried. Many weeds, i.e., herbicide-resistant blackgrass, also cause problems if left in dormancy, reducing yields for years to come.

Ultra-shallow tillage is faster and more cost-effective than other tillage systems, requiring less horsepower and fuel.

Using a shallow tillage system continuously can cause a dense layer in the similar soil, but at a shallower depth, to a plough pan.  It is therefore important to alternate between shallow and deep cultivation.  Soil types can also mean different methods are necessary; light soils often have a weaker structure than clay soils and require deeper cultivation to maintain crop yields.

Straw-borne diseases are considered in reduced tillage due to the crop residue not being buried, and a good crop rotation is essential for success.

Volunteer weeds are another major problem in reduced tillage. In good conditions, they can be eliminated with cultivation, but they are difficult to control without the use of chemicals in wet conditions. Another problem with reduced-tillage is slug control; slug traps and pellets could be needed, especially sensitive crops such as oilseed rape.

During direct drilling, the seed is placed without any prior soil cultivation in the stubble of the previous crop. Avoiding cultivation naturally reduces the time requirement and costs per acre. The decreased time requirement is an important consideration on large farms and areas where the period between harvest and planting is minimal.

Leaving most of the soil surface undisturbed under a straw cover provides good protection against water and wind erosion. Losses of soil and plant nutrients via erosion have negative economic and environmental effects.

When dealing with the above problems that occur with direct drilling, the most important consideration is good crop rotation. However, for some problems such as slugs and weeds, chemical control is necessary.

Controlled Traffic is becoming increasingly common in direct drilling systems; tramlines and compaction damage can be controlled and kept in particular areas. 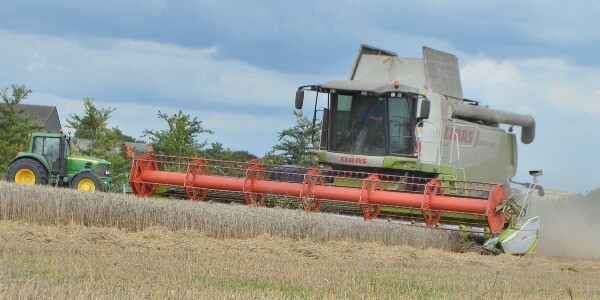 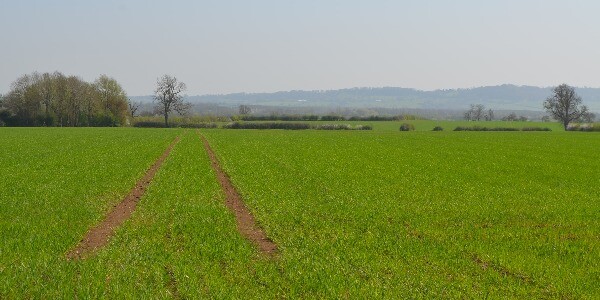 The art of producing a successful seedbed

As every arable farmer knows the art of seedbed preparation is a vital part of securing a healthy crop and high yield. 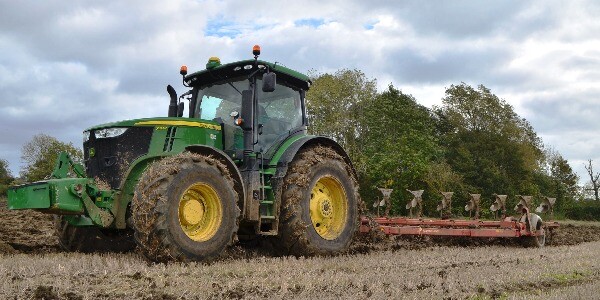 Before you can achieve good ploughing it is essential that both the tractor and plough are properly prepared.